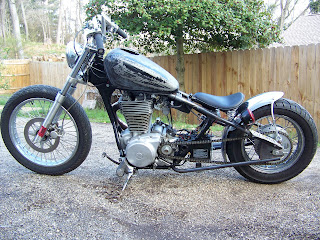 Over the winter, a friend of Mine decided to finally repair his broke down Suzuki LS650 Savage.  It has been worked on by some “Mechanic” up north, and now had a fubar’d carburetor and a blown headgasket.  Dino and his roommate had been riding this thing around town regardless, even if it would only hit 35 MPH they both agreed it was better than not riding at all.

So we tore down the engine for a rebuild with all new gaskets and such,  cleaned it all up, and then decided to start hacking on the frame.  Don’t all good builds start with some mundane repair like that? 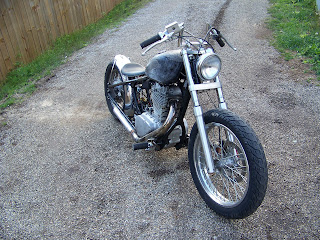 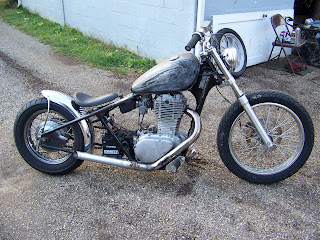 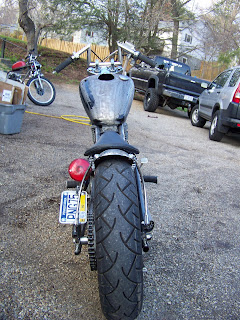 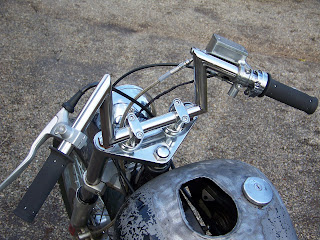 So we tossed the frame into the jig, cut off all the ugly on the stock frame, and made a tail section.  3″ of stretch, a Chain Conversion, dropped the forks,  a decent seat and some random parts from around the shop and this thing was ready to hit the streets.    We topped it off with a sweet set of Stainless Z’s from  Deep Six Cycles that he made to our exact specs for this build.

Don’t let the 650cc single thumper fool you, we breathed a little bit of life into this bike with a new pipe and rejetted the carb using a tried and true Dynojet kit.  I made a super sweet baffle inside the 2″ pipe, wrapped with Moose Muffler packing and all.  Of course we had to test the new build, so I hit the road and all seemed to be great.  Strong power, lightweight, and good handling.  So I decided to hit the throttle and see what she would do.  My friend Andrew was riding behind me and said it looked like I hit a Chicken once all the packing instantly blew out of the muffler!  So now we were up and running good,  I hit I-40 for some real speed tests…  The new gearing, lighter weight and lack of common sense really helped this little thumper to come alive at Highway Speeds.  I have no idea how fast I was going, but Andrew was on my KZ650 and he was no where to be seen as I was passing cars like they were backing up. 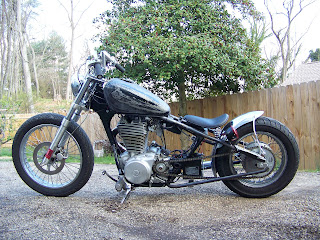 While it isn’t as finished as most would like to see, riding season is HERE!  This winter we’ll tear into is a lil more, paint the frame, make a patch panel for the tank (Gotta run that gas outta there before I weld it up!) and maybe do some porting to the head…  Until then, you should see this lil’ HotRod Savage hitting the roads and mountains around NC.  Dino is a cool cat, so if you see him grinning from ear to ear on the road, throw him a thumbs up, because that’s what it’s all about. 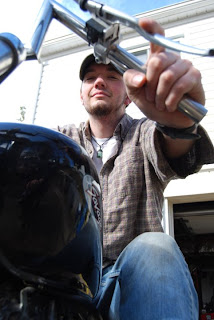