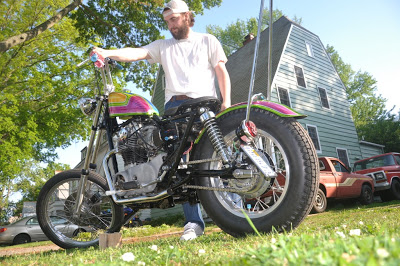 I remember “Alfredo” on the forums – he had a really kick ass bike.  I mean this thing just looked amazing…  And he’d spent a good amount of time building, rebuilding, tuning and making it just “perfect”…. 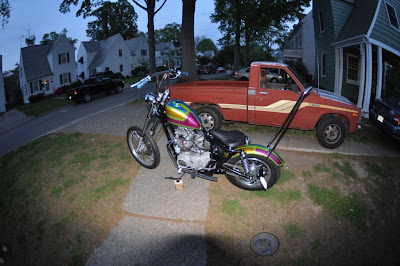 I read and watched as Alfredo tried and tried to make this bike run “smooth” – and I think he did a good job for the most part.  Tuning and syncing the carbs, making sure everything was sung and up to spec, etc… Hell, I think he even rebuild the engine once (maybe even 2X) to make sure it was right! 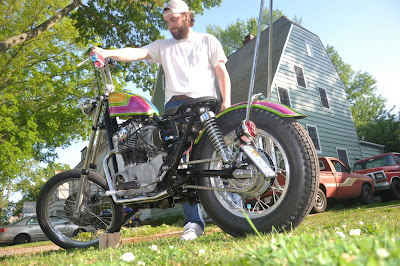 But in the end, on a stripped down chassis with solid mounted bars – the vibes of the OEM 360 engine were just too much and he never felt really at peace with the bike.  I’ve seen alot of folks abandon the XS650 because of the vibes, but he stuck it out…  And decided to go for a 277 Rephase

Now it should be said, that I don’t know Alfredo at all – just watched his build online, answered a few tech questions, etc…  Like most of my customers, I don’t think I’ve ever spoken to him in person at all.  So his account of the Benefit of Rephasing below is honest and straight from the horses mouth…

Straight from XS650.com – this is Alfredo’s account of how the Rephase has completely transformed his bike…

” Some of you might know that I have spent some time rebuilding my motor,
running my motor, rebuilding my motor, running my motor and rebuilding
my motor over again. It’s been a few years since I jumped on here
knowing absolutely nothing (haven’t come far from that btw) and really
made an effort to dive in. I won’t say much about the community that
Travis built (xs650.com) because I know everyone here gets tremendous
benefit from it. Wheter you just browse and never post, are an active
asshat to everyone or an active contributor. You all get value here. No
question.

What I do want to take a second and talk about is vibration. There are a
lot of things that you can do to your xs that make it more reliable,
sleek, sexy and fast. Most of these things are very well covered in
other posts, but the one thing that I personally feel is understated is
the RePhase. I have had the fortunate, and unfortunate, pleasure of
experiencing the very same xs motor in various states and
configurations. Now, if you are a professional racer or motor builder
then I am sure this luxury is afforded to you all the time. I just don’t
think thats what makes up 80-90% of this community. I think there a lot
of guys and gals like myself who are budget and time conscious and
really want to get it right out of the gate. No time to test and test
and just want to cruise.

When I first started riding the first rebuild (360°) it vibrated like a
wild angry animal at speeds of 60+. If I tried to go up to 70+ the
vibration was REALLY bad, sometimes I could barely keep my hands on the
bars. I actually felt like it might shake loose, despite others saying
it was normal. I was able, through the help of loads of forum members,
to tune out some of this. The problem was it was still there. Lots of
suggestions that would certainly do the trick to tone it down; squishier
grips, bar snake, etc., but nothing that made a huge difference without
a good amount of kit/add-ons. The vibration always felt wrong to
me. I mean, I get the mechanics and why it does it, but it never really
felt like something I could look forward to experiencing when riding
the bike. And to me, I wanted to look forward to riding the bike. Enter
the rephase. I read a ton about it and it seemed like the holy grail.
So, I did the hard thing to do after spending all that time and cash on
rebuilding the motor and tore it down again for the winter to do the
rephase.

Saving the money and the time took awhile. I went all out this time.
PMA, 5th overdrive, rephase crank/cam, but kept my bore from the
original rebuild. No 750 kit in the budget and from all of what I could
read the 750 just gets you to the max speed quicker. Doesn’t really do
too much for you unless you are racing or are really interested in
getting to your cruising speed a little quicker. Neither of which are my
interest or worth the $$$ to me personally.

To start to shorten this story up, I put the motor together twice with
all the newly worked parts. First time I had the cam off one tooth

and the base gasket was seeping. Once it was all together I ran it for
about 50 miles, but even then I could tell the dramatic reduction in
vibration. I never got it above 65, because of my past experience with
the bike starting to vibrate like crazy before. Because the bike still
vibrates a little more around that range, so naturally when it started
to vibrate a little more I got scared and thought it was going to be as
bad as the first rebuild.

Enter this past sunday. I was meeting up with some friends to take a
ride to Nags Head (about 110 miles one way) to give the bike a proper
shake down. This meant getting on the interstate which in my area means a
posted speed limit of 70mph. Needless to say I clinched my butthole and
went. The bike ran incredible the entire way. There is a spot where the
vibration gets a hair more around 60mph (I am assuming its about 4.5k,
but have no tach hooked up) but its an incredibly smooth vibration
compared to the 360° phase. All went well barring some slight clutch
cable adjustment needed. Even at speeds of 85-100 it barely vibrates
more than a subtle hum. I have solid grips, solid mounted bars and also
have all motor mounts hooked up and tightened down. I never maxed it
out, but it certainly felt like it wanted to keep pulling even at
100mph. I was scared and impressed at the same time. My little xs was
pulling away from a 70s ironhead and a 2000s harley 883. There were a
few times when I just rolled on the throttle for a few minutes and got
up to around 100+ and would look back and those guys were gone. They
were right beside/behind me pulling and then they just vanished. None of
us could really fathom that they couldn’t keep up. Both of those bikes
will get to 60+ faster than mine, but neither can keep up. I never maxed
it out, but it always felt like it would go more and more and more.

So, long story short; While there is a lot that you can do to remove the
vibration from the stock configuration, there is nothing you can bolt
on that gives you as much of a dramatic improvement as doing a rephase
does. Also, the 5th gear overdrive is an absolute MUST if you are doing a
rephase. The benefit of the rephase, I feel, is dramatically
understated on this forum. From my personal experience. I don’t want to
start an argument, just state what my experience has been.

Lots of thanks to Hugh and Pete for teaming up to offer such a
great/painless upgrade available for this motor. If it’s within your
means to do this now or in the future. Do it. And give Hugh and Pete
your money. Others may be able to do it, but these guys are certainly
the top shelf.”

And the best part?  He’s back in the saddle again, and a life behind bars ain’t so bad after all! 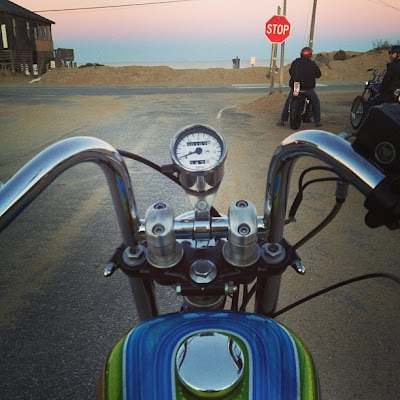 Alfredo – If you ever make it over this way, or we see each other at a show, the first brew is on me…  take care dude, and ride on!